Ebook preorders are the single most important new tool for indie authors who want to improve the visibility, desirability and sales of their new releases.

Over the last 12 months, ebooks born as preorders at Smashwords earned more than triple the earnings of books that were simply uploaded the day of release.

Ever since we announced preorder distribution two years ago for iBooks, Barnes & Noble and Kobo, I’ve been advocating preorders as an essential best practice for all indies.

Yet despite the amazing power of preorders, and despite the copious evidence that preorders can work miracles, most indie authors don’t use them today. Fewer than 10 percent of books released at Smashwords over the last 12 months were released as preorders.

Mark Coker of Smashwords has released an Indie Author Manifesto, right in line with my beliefs and those of most writers I work with. See the highlights below or read the entire blog post here.

We indie authors believe all writers are created equal, that all writers are endowed with natural creative potential, and that writers have an unalienable right to exercise, explore and realize their potential through the freedom of publication.

I hold these truths to be self-evident:

What are your thoughts? Please share them in the comments section. 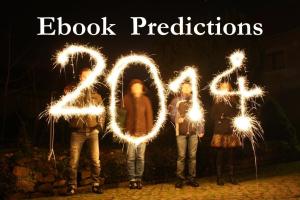 When Mark Coker speaks about e-publishing, writers listen. Or they should; the Smashwords CEO has done as much for indie authors as anyone. The following are highlights from his annual industry predictions. To see the entire article, visit the Smashwords blog post.

Great predictions and advice. One of my questions not addressed above: what will happen to Barnes & Noble and its Nook? Feels like they’ve been sinking fast over the past two years. What are your thoughts about this list or 2014 in general?

We’ve known and loved them since 2008. By internet standards, Smashwords was way overdue for a facelift. But this is more than a new look; this is welcome additions, hundreds of changes also behind the scenes to improve the indie author experience.

Mark Coker explains the highlights below.

Indie authors have primarily loved Smashwords, except when complaining during the formatting lessons of the Style Guide. Please support them with a visit. And let us know your thoughts on Smashwords here in the comments section.
—
Home page of How to Make, Market and Sell Ebooks.
Subscribe to this blog for updates on indie authors and self-publishing.

add me to Google Plus circles +Jason Matthews

Smashwords just added an author interview feature to their platform. Now every author can have a detailed questionnaire on their author profile page at the ebook retailer. You can use their questions or come up with your own. It’s a great way for readers to learn more about you. It’s fun, I just did one here.

Read the entire announcement on the Smashwords blog or the how-to’s below:

Creating an interview is fun and easy.  Here’s how to get started:

The same picture you use for your author profile will appear on your Smashwords Interview page.

Good idea? Definitely something Amazon hasn’t done yet. What do you think?